Tenses sequence
تعاقب الأزمنة
موضوع مهم لكل مترجم في النحو
English sentence maybe consisted of one clause usually is called the main clause or it is consisted of main clause and one or two or more clauses which are called the subordinate clauses or the secondary clauses.
In another way, the main clause also is named the independent clause and the secondary clause is named the dependent clause.
الجملة الرئيسية ( المستقلة ) والجملة الثانوية ( التابعة)
في بعض التسميات يطلق على الجملة التابعة : جملة
Clause of (that) i.e. it comes after the coordinating conjunction That , the meaning is always found in the main clause
المعنى دائما في الجملة الرئيسية
Main clauses and the subordinate clauses

The underlined clauses are subordinate clauses

Present He thinks that it will rain. Future simple
Past He thought that it would rain.* Conditional
Present He sees that he has made a mistake. Pres. perf.
Past He saw that he had made a mistake.* Past perf.
Present I work so hard that I am always tired. Present
Past I worked so hard that I was always tired.* Past
Pres. perf. He has done all that is necessary. Present
Past perf. He had done all that was necessary.* Past
Pres. He says that he is going to eat it. Pres. continuous
Past: He said that he was going to eat it. Past continuous

Note that infinitive and gerunds are not affected by the above rules:

He was graduated as an engineer at 1999 but now he works as a trader. 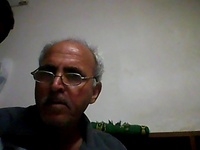